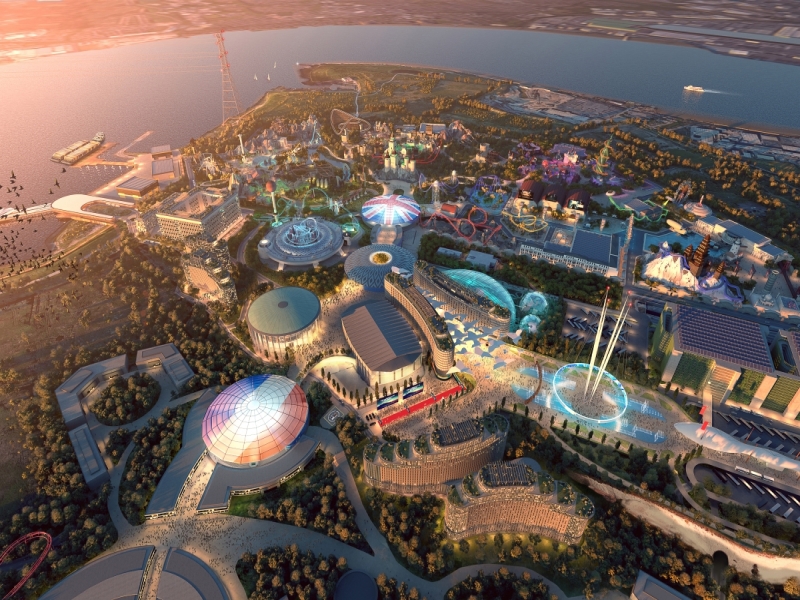 The council has confirmed it supports in principle plans for London Resort on the Swanscombe Peninsula, provided the benefits to the local economy are maximised, and the impacts minimised.

In a letter to the Planning Inspectorate ahead of a scheduled examination of London Resort’s plans on 29 March, the council has said it is supportive of a full hearing taking place later this year if progress is seen to be being made on outstanding issues the developers have been asked to consider.

Explaining the authority’s position, Cllr John Burden, Leader of Gravesham Borough Council, said: “While we are sympathetic to the concerns delays to the planning process are causing for businesses and landowners on the peninsula, we are also very conscious of the potential economic benefits this project could bring to an area that desperately needs job creation.

“We are under increasing pressure to meet challenging Government housing targets. Here in Gravesham we are already required to presume in favour of sustainable developments after the Government ruled we are missing our housebuilding target.

“Add to that the thousands of new homes being built at Ebbsfleet Garden City, and we really need to think about where the jobs are going to come from for the increased population to find work.

“An attraction like London Resort would create thousands of jobs, from senior management roles, to catering, administration, maintenance, and many others. We should not dismiss the importance of that to our local economy lightly.”

Cllr Burden added the development of London Resort could also contribute significantly to the improvement of key infrastructure across North West Kent through financial contributions to important areas.

He said: “We all know our health services are stretched, as are our schools and colleges. With the carefully thought through use of measures such as Section 106 agreements, the development of London Resort could be a trigger for investment in much needed improvements in those areas.

“Of course we understand a development of this scale brings with it challenges and concerns, but these need to be weighed very carefully and consideration given to whether the benefits outweigh the negative impacts.”