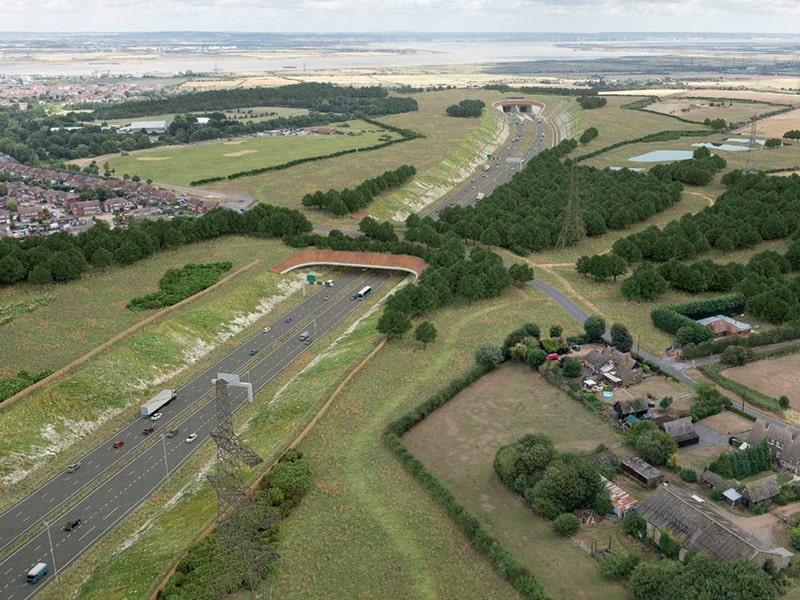 Read the council's response to the latest consultation phase of the proposed Lower Thames Crossing.

Gravesham Borough Council has reiterated its opposition in principle to a Lower Thames Crossing to the east of Gravesend and called for greater clarity on the expected cumulative impact of the incremental changes to the proposals over the years.

In its response to National Highways’ Design Refinement Consultation, the sixth consultation into proposals for a new crossing, the council states that the original route choice was made in 2017 and so much has moved on since then that the basis of any decision made then has to be seriously questioned.

It adds costs have increased as it has been realised the scope and scale of the issues requires significant additional compensation and mitigation. The current proposals are not what was being proposed in 2017.

The council’s response states: “The major comment has to be that a whole series of incremental changes have been made over the years, but it is very unclear that there is any understanding of the cumulative impact of these and how they integrate together in terms of the landscape, ecology, management access and any other factors that may be relevant.

“This overview needs to be integral to the process and stating that it will be dealt with the Environmental Statement is not helpful.

“All these, through their landholdings, have different roles to play in obtaining the best landscape, ecological, recreational and historic environment plans for the area.

“These are matters of principle that cannot be left to detail to be sorted out post the DCO [Development Consent Order] being granted, though there will be elements of design that can be.

Cllr John Burden, Leader of Gravesham Borough, said: “Our detailed response to this latest Lower Thames Crossing consultation stresses that there are still many fundamental environment-related issues which are still far from clear.

“Our Borough will be dealing with the environmental effects of this development for generations to come, and uncertainty and ambiguity around these important issues are not acceptable.

“We remain steadfastly opposed to a Lower Thames Crossing to the east of Gravesend, but will continue to lobby and campaign for the best outcomes for our residents and the wider Borough should the development go ahead.”