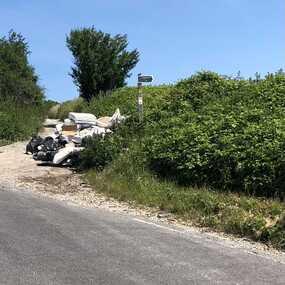 Man sentenced to serve a 12 month Community order and to carry out 300 hours of unpaid work and ordered to pay £1390 in costs and a victim surcharge of £95.

On Friday 6 January 2023 George Rutledge, Gravesend appeared at Medway Magistrates Court in relation to two cases of fly-tipping which took place in the Gravesham area in 2021.

In May 2021 the occupant of a van belonging to Rutledge was seen to fly-tip waste outside private garages in Park Avenue, Northfleet. 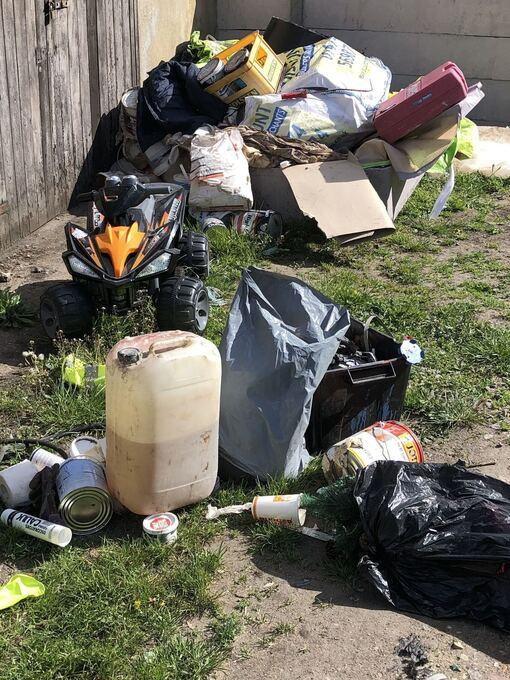 In June 2021, we received a report of a large fly tip in Cobhambury Road, Cobham. Evidence led to Ruttledge having collected the waste that had been fly tipped. One of our Environmental Enforcement Team Officers, commenced an investigation and found that Ruttledge advertised as a waste collector on social media and had no waste carriers licence.

Mr Rutledge was served notice requiring him to provide documents in relation to the offences, but failed to respond and also failed to attend for an interview.

At the case, Ruttledge, who was represented, admitted all four offences and was found guilty.

The court considered a custodial sentence, however due to mitigation he was sentenced to serve a 12 month Community order and to carry out 300 hours of unpaid work.

In addition, Mr Rutledge was ordered to pay £1390 in costs and a victim surcharge of £95.

Cllr Shane Mochrie-Cox, Cabinet member for Community and Leisure said: "We will not tolerate flytipping in Gravesham, and will continue to investigate these offences time and time again.

"As a council we will do everything within our power to ensure that those that fly-tip in our borough face consequences. We will not tolerate it and it’s something that many of our residents feel strongly about.

“I hope that the punishment issued by the court, and the consequences of fly tipping, will act as a deterrent to those who refuse to cooperate with our Environmental Enforcement Team’s investigations and to those that think it is acceptable dump rubbish illegally in our Borough.”

"Can I also remind residents before you allow anyone to remove your rubbish or waste, you must ensure they that they are registered as a Waste Carrier with the Environment Agency. Please do not advertise on social media for a waste carrier as many responses that you'll likely receive will be from illegitimate carriers and result in your rubbish being fly-tipped. Always research the company or individual you use and do not rely on positive feedback, as this may be false. If you use an unlicensed waste removal service you commit a criminal offence and you could face a £400 fine."

Find out about ways to dispose of your rubbish.